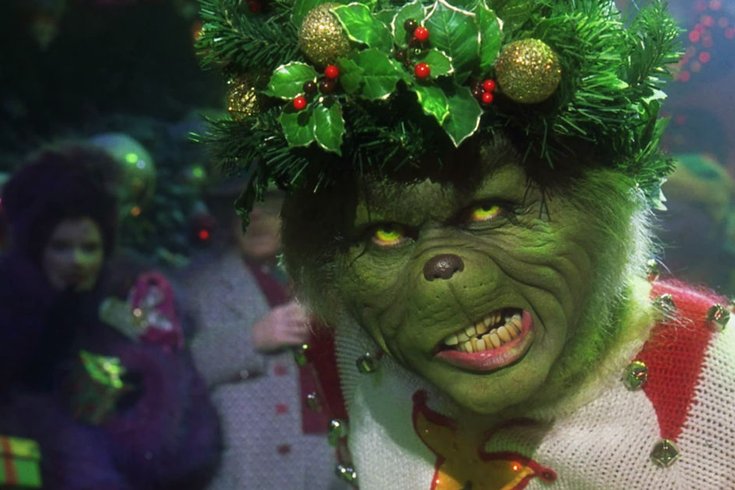 Released: 2013
Album: Christmas Kisses
A powerhouse female has to make this list, and boy is Ariana Grande a powerhouse. Her whistle tones help ring in the season.

Released: 2014
Album: That’s Christmas to Me
Dark in the perfect way. Heads will literally roll at the sound of this beat driven tune.

Released: 2017
Album: Christmas: The Peace Project
With Christmas hymns becoming less and less popular in the mainstream, Hillsong Worship created this original song with the same important message that many of the traditional hymn have but with a modern and delightful sound.

Released: 2018
Album: On This Holiday
Jessie James Decker flies under the radar when it comes to her music, but this original Christmas tune shows the power behind her voice and is so easy to sing along to. Sing alongs are mandatory during the holiday season.

Released: 2012
Album: Christmas (Deluxe Special Edition)
Like many different Christmas songs, this one is also about falling in love. Micheal Bublé may be hated by many, but there is no denying that his voice is so iconic to the holiday season, therefore it’s mandatory that he’s on this list.

14. The 12 Days of Christmas- Straight No Chaser

Released: 2008
Album: Holiday Spirits
You think this is a normal rendition of this annoying holiday classic, but nope this whirlwind song brings you through Deck the Halls, hymns, Dance of the Sugar Plum Fairies, Rudolph the Red Nosed Reindeer, Dreidel Dreidel, AFRICA BY TOTO and other BOPS. These 12 voices dance beautifully through your brain.

Released: 2017
Album: Everyday Is Christmas
Right at the beginning of this holiday tune you are transported to a holiday wonderland and truly feel like you’re strolling down Candy Cane Lane. Sia deserves multiple spots on this list for her under rated Christmas hits.

12. Underneath the Tree- Kelly Clarkson

Released: 2013
Album: Wrapped in Red
This song has been said to be the updated version of the 1994 song “All I Want for Christmas is You” by Mariah Carey. This spunky Christmas hit from 2013 gets listeners up dancing as soon as it hits the ears. It’s also accompanied by Clarkson’s powerhouse vocals so what could be wrong.

11. Go Tell It On the Mountain- MercyMe

Released: 2015
Album: MercyMe, It’s Christmas!
Another classic song with a twist is this hit by MercyMe. Known for their Christian Rock music, it’s only fitting that MercyMe would have a Christmas album that would include a classic song like this. This jazzy rendition is good music to my ears.

Released: 2011
Album: Under the Mistletoe
The music video accompanying this song is one of the main reasons it lands at number 10 on this list. The twists and turns the plot takes brings the viewer on a Christmas roller coaster. Not only was Justin Bieber the sound of a generation but he also created an album of Christmas BOPS.

9. Don’t Shoot Me Santa- The Killers

Released: 2011
Album: (Red) Christmas EP
We’ve all heard “Santa Claus is Coming to Town” and we know he sees us when we’re sleeping and knows when we’re awake, but this song takes the punishment to a whole different level. Release during my teenage angst and popularized in my dark high school years, this song has a way of making its listeners sing along to this twisted song that I love so much. The Killers figured out how to angst up the Christmas playlist.

Released: 1948
Album: Christmas Songs
Just is a classic and the only reason I know how to spell.

Released: 1997
Album: King Biscuit Flower Hour Presents The Waitresses
A top reason cranberry is never forgotten at my Christmas table. This song adds a rocking flair to the sounds of Christmas with its mad electric guitar. Although hated by many, this iconic song is usually one of the first to be played on the radio when Christmas music is “socially acceptable.”

Released: 2008
Album: This Warm December
When this classic tune isn’t being sung at a kids choir performance, this is the only acceptable version of the song. Jack Johnson strips down this usually loud song to make it smooth to the years and just as catchy as it was in the third grade.

5. Mary, Did You Know?- Pentatonix

Released: 2014
Album: That’s Christmas to Me
This serenade by the angelic voices of the Pentatonix and the stereo sound that accompanies this song makes for a perfect headphone bop. While listening to this tune it is nearly impossible to not want to sing along, although it is unlikely to have a voice as lovely as Kirstens.

4. No Christmas For Me- Zee Avi

Released: 2008
Album: This Warm December
Zee Avi changes up the sounds of the season with this ukulele stripped down Christmas song. With a sad opening, this song follows a couples journey through the season while they can’t be together. The uplifting ending is the cherry on top of this adorable song.

3. What Child Is This- Lauren Daigle

Released: 2016
Album: Behold
Another Christmas classic turned into a modern jazzy song. Lauren Daigle, made popular by her hit “You Say” brought us this new classic in 2016. She does the song justice by modernizing the sound with a timeless message.

Released: 2017
Album: Everyday Is Christmas
As an artist not known for her Christmas music, Sia has created an album that changes up the sound of traditional holiday music. Accompanying this songs release was an iconic music video casted with Kristen Bell and Dax Shepherd and follows them throughout a 50’s inspired christmas party. It’s also catchy as hell.

Released: 2017
Album: Simply Christmas (Deluxe Edition)
Leslie Odom Jr. provides the perfect background music for nearly anything Christmas. His soothing voice heard in the original cast of the Broadway spectacular Hamilton is singled out to create a beautiful and jazzy album, with this being a clear standout. This song carries all your worries away and is nearly impossible to not sing along.