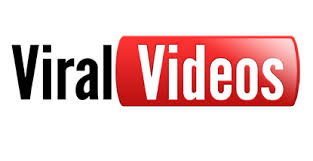 Need some nostalgia for the early days of technology? Here’s the perfect list for you. Kids that are even early 2000s babies should remember at least some of these.

Let’s admit it. We all have that one aunt like Miss Swan.

“Green is not a creative color,” my a**. That’s my favorite color.

I can’t believe my 11 year old self found this entertaining WTF.

“I just feel uncomfortable with my body.” And the people who viewed this still are to this day.

Liopleurodons became my favorite dinosaur after this. To h*ck with T-Rex.

“BUM BUM BUM. BA DA DA DUM.” No. We don’t have any grapes. But it’s okay. I’ll FINALLY take your lemonade after asking for the 2754th time.

Without looking at the comments below, what’s the most annoying song ever: Friday by Rebecca Black or Closer by the Chainsmokers? GO.

Aw, this video has a fundraiser to help children in hospitals. The video might be low quality, but the cause isn’t.

8. You forgot the blueberries

This child probably has brain damage now. I hope you at least got to eat this afterwards. Floor food is still food.

4 words. Let’s get some shoes.

Annoying Orange also made a song to this guy and his famous line? Iconic.

5. Ain’t nobody got time for that

This was my excuse anytime my mom asked me to do anything. She made time for me to do whatever she asked me to do. It’s just a line from a funny video, mOM!!

I wish going to the dentist wasn’t the only reason to validate wanting to scream. Sometimes you just need a good scream.

Real talk: every kid wanted a British accent after this video.