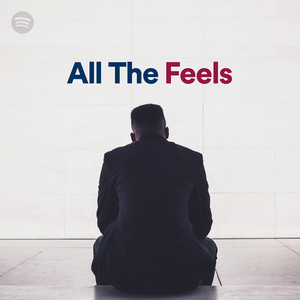 19. One More Light by Linkin Park

The last song with their lead vocalist Chester Bennington, One More Light by Linkin Park was written after a friend of the band passed away suddenly from cancer. The song tells the people to show love and apathy during troubling times. That letting someone know that you care can make all the difference in the world.

The third of a deeply personal trilogy of songs that closes out Revival. Arose, which is the direct continuation of “Castle”, the preceding track, picks up right where it left off. “Castle” is based on a real life near death experience, and “Arose” is a final message from Marshall to his daughter Hailie Jade, adopted daughter Whitney, brother Nathan, best friend Proof and even his mother.

“I Fall Apart” is the sixth and final single from Post Malone’s album “Stoney”. One of the more raw singles from his album, “I Fall Apart” is a vibe about heartbreak and what comes with it and how love but more specifically heartbreak can blindside you.

16. Say Something by A Great Big World

Released in 2013 as part of the duo A “Great Big World’s” debut album ‘Is There Anybody Out There’, single “Say Something is a song that can resonate with people for many reasons. It goes beyond relationships and into topics much deeper – regrets, worries, and the significance of separation from loved ones.

15. Stressed Out by Twenty One Pilots

Written by Tyler Joseph, “Stressed Out”, from Twenty One Pilots fourth album “Blurryface”, discuss the harsh end of adolescence and the transition to adulthood. The song is primarily about a wish to regain the innocence and carefree nature of childhood before insecurities ever existed.

14. Doing It Wrong by Drake

“Take Care” is the second studio album by Drake and features the melancholy ballad, “Doing It Wrong”. With Stevie Wonder featured on the track, the single depicts a relationship that is already over with neither person willing to let each other go.

Seal’s only song  to be #1 hit on the Billboard charts. From his second eponymous album, “Kiss From A Rose” is one of the most mysterious songs ever written with many people speculating on the true meaning of the song. Seal himself has never explained the meaning of the song, the melancholy tone and mysteriousness lead to its success.

From Sam Smith’s debut album “In The Lonely Hour”, the single is a gospel-inspired ballad that details the protagonist pleading with their one-night stand not to leave them. The song tackles the emotions that come with being alone and seeking comfort.

10. Call Out My Name by The Weeknd

The opening track of The Weeknd “Dear Melancholy EP” finds him struggling to let go of a past relationship. Abel, better known by his stage name “The Weeknd” explains that he is aware that his former lover didn’t put as much into their relationship as he did.

The second single from Mac Miller’s fifth studio album “Swimming”, is a two part song in which Mac is spreading the message about overcoming hardships, self-control, and being aware of how to handle yourself.

Originally released on Russ’ sound-cloud page and later included in his debut studio album “There’s Really A Wolf”, Russ’ single stands as his most popular R&B performance proving that he is not only a rapper and producer. “Losin Control” was written by Russ to his ex-girlfriend as an apology.

The biggest hit in 1992, “End of The Road” a single released by Boyz II Men is considered one of the most successful songs of all time. The song is about knowing the end of a relationship is near but not wanting to let it go.

6. Swim In The Light by Kid Cudi

The second track off “Passion, Pain & Demon Slayin”. “Swim In The Light” deals with Cudi’s depression and tells of when he realized that drugs will not make his depression go away.

5. Love The Way You Lie by Eminem featuring Rihanna

Recorded by Eminem featuring Rihanna, from his seventh studio album “Recovery”, “Love The Way You Lie” is a powerful song that tackles abuse in relationships, heartbreak, and pain. Both Eminem and Rihanna were involved in very public and abusive relationships and was a message song about the significance of domestic violence.

4. All of Me by John Legend

From John Legend’s fourth studio album “Love In The Future”, “All of Me” is dedicated to his wife Crissy Teigen. The song epitomizes what it means to be in love, that no matter what “all of me will love all of you”. Becoming one of Legend’s most popular songs, “All of Me” is the ultimate representation of love.

3. See You Again by Wiz Khalifa and Charlie Puth

Synonymous with the action film Furious 7, and the death of Paul Walker, “See You Again” hits home for those who have lost someone close to them. The lyrics resonate with so many and articulates that while death and loss is painful the journeys and relationships that people share are not finite.

The second single off of Adele’s sophomore album, 21, is one of Adele’s most popular singles. The song was inspired by a broken relationship, and lyrically speaks of Adele’s coming to terms with it. It became Adele’s first number-one single in the UK and second in the USA.

From Logic’s third studio album “Everybody”, the song whose name is the phone number for the American National Suicide Prevention Lifeline is a powerful message about suicide. Logic wanted to create a song that could actually impact a fan’s life and one that would have a noticeable impact on others.