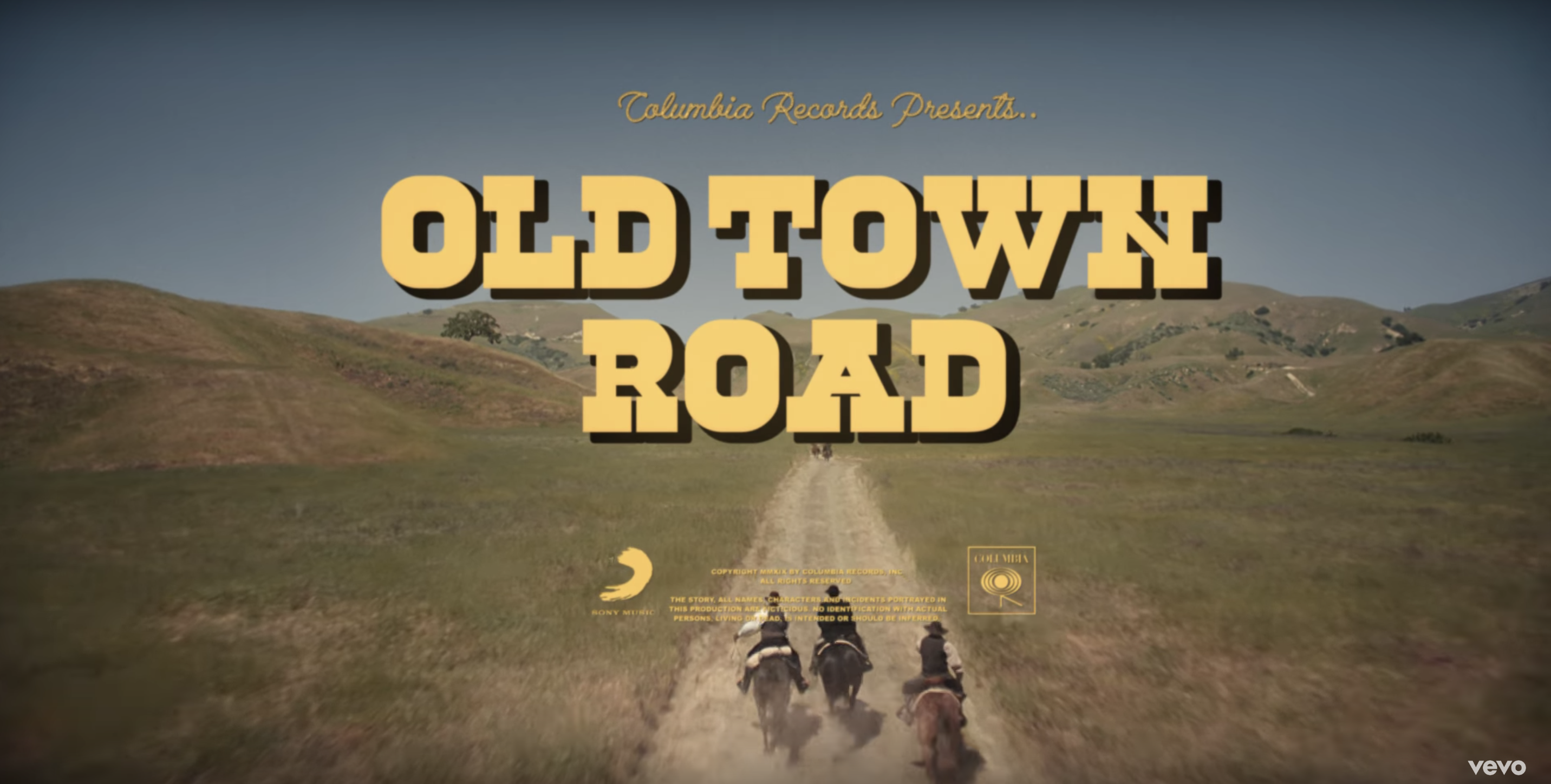 2019 has been a wild year for music. We’ve seen collaborations between artists we may have never imagined, the return of huge artists and even hits from emerging artists. This energy has carried into the music videos these artists produce, and it shows. While it was no easy task, I’ve compiled the 19 best music videos of 2019 (to date). You’re welcome.

Release Date: 9/13/19
“Don’t Call Me Angel” was released as the lead single from the Charlie’s Angels movie reboot soundtrack, debuting at number 13 on the Billboard Hot 100 chart. The video follows the theme of the movie, keeping with the secret agent and spy motifs such as interrogations and combat training, just to name a few. It also shows women being strong and assertive, which is a key component to the Charlie’s Angels movie.

Release Date: 9/25/19
This simple music video for the fifth single for Waterparks’ newest album FANDOM reflects the emotions conveyed in the song. It shows lead singer Awsten Knight shadowed in the dark as he sings this heart-wrenching tale of heartbreak while dressed in neon green, which is the color of this era in the band’s history. When the band’s Twitter shared it on the platform, the video was accompanied by the caption, “HIGH DEFINITION IS OUT NOW. ONE OF THE MOST IMPORTANT ON THE ALBUM,” using Knight’s signature all-caps social media writing.

Release Date: 7/26/19
“The Hype” was released as the sixth single from twenty one pilots’ most recent album Trench and peaked at number 3 on the Billboard Hot Rock Songs chart. The video Represents the band’s rise from being an underground group playing in basements to their rise to stardom and performing at popular musical festivals.

16. “Sucker” by The Jonas Brothers

Release Date: 3/1/19
“Sucker” announced the return of the Jonas Brothers when it was released earlier this year, almost immediately rocketing them back into the spotlight after a multiple-year hiatus. The video features all three of the brothers’ wives, celebrating their relationships with them. The video won the award for “Best Pop Video” at the 2019 MTV Video Music Awards and debuted at number one on the Billboard Hot 100 chart.

Release Date: 8/22/19
The 1975 continue to switch up their aesthetic with the release of “People,” which comes after their collaboration with young climate change activist Greta Thunberg. The U.K. sensation has been known for their melodic pop-indie sound, but “People” features a harder sound with more screaming and a more emo look in the music video. The lyrics are highly political, a theme reflected in the music video where social media, memes and catastrophic news flashes on the screen.

Release Date: 3/18/19
Recent music videos from Panic! At The Disco use a puppet version of singer Brendon Urie, named “Beebo,” to illustrate the storyline, and the video for “Dancing’s Not A Crime” is no exception. Much like the song, the video is upbeat and happy, showing Beebo meeting fans, dancing in the crowd at Panic’s live shows and dancing. It also includes live footage from performances of the song.

Release Date: 8/29/19
Lana Del Rey’s cover of Sublime’s “Doin’ Time” was released with her newest album Norman F*&#ing Rockwell. The video is a frame video, showing people watching the music video of Rey as a giant at a drive-in theatre. The video shows “California” living, as well as references to Sublime, amongst motifs of Rey’s love of summertime and freedom.

Release Date: 5/17/19
Though Lil Nas X’s “Old Town Road” was released in December 2018, the remix featuring Billy Ray Cyrus put both the song and artist in the limelight, peaking at number one on the Billboard Hot 100 for a record-breaking nineteen weeks as it became a sensation in memes and on social media platform Tik Tok. The song breaks the barriers between the country and rap genres, and the music video reflects both. In addition to showing both Lil Nas X and Cyrus, the video has the guest stars Chris Rock, Haha Davis, Rico Nasty, Diplo, Jozzy, Young Kio and Vince Staples.

Release Date: 3/11/19
The music video for “Talk” by American singer Khalid is very colorful and reflects the happy, carefree vibe of the song. It peaked at number three on the Billboard 100 chart, making it Khalid’s fifth top-ten song and most successful single to date. The high-energy visuals and vibrant colors matches the R&B tinge of the song.

Release Date: 6/27/19
This single from Welsh pop-punk band Neck Deep celebrates women, plain and simple. The video shows b-roll of the band hanging out, recording music and performing. “We decided to shoot the music video while we were down in the studio, just taking advantage of our surroundings, and wanting to give people a little insight into what we experienced that week,” frontman Ben Barlow said in an interview with Alt Press.

Release Date: 7/13/19
Comedy rap group Tiny Meat Gang, made up of YouTubers Cody Ko and Noel Miller, was busy this summer, releasing three new singles. Two of those were collaborations, including “Club Poor” with electronic musician Rynx. The video is all about how expensive clubbing is, from entry fees to the cost of alcohol. TMG’s comedy comes through perfectly in this video.

Release Date: 8/22/19
Pop sensation Taylor Swift is back with the release of her newest album Lover, and her third single from the album with the same name is about devotion. The video has stunning visuals, full of color, illustrating a love story, which Swift is well known for writing about. It’s romantic and beautiful; what else needs to be said?

Release Date: 1/18/19
Australian pop band 5 Seconds of Summer show maturity and growth in their music video for “Lie to Me,” the third track on their third studio album Youngblood. It’s about heartbreak and toxic relationships, represented by a car crash in the video. It’s dark and melancholic, perfectly reflecting the content of the song.

Release Date: 8/15/19
Comedy hip-hop/rap artist Yung Gravy rides around town in Teslas with women and money in the “Whip a Tesla” video, matching the content of the song. “Whip a Tesla” is the sixth track on Yung Gravy’s 2019 album Sensational.

Release Date: 1/18/19
“Arrow” shows indie-pop band half•alive in domestic life, representing the feeling of being trapped and unable to move on in life. It follows the success of “still feel.,” released in 2018, and keeps with the visually appealing video style of the band.

Release Date: 6/7/19
Yes, Tiny Meat Gang is on this list twice. Like I said earlier, they had a busy summer releasing three singles, one of which was “Walk Man.” Like many other videos on the list, “Walk Man” is full of compelling visuals and vibrant colors. It’s juvenile, much like the song (and the rest of TMG’s music). In one of frontman Cody Ko’s YouTube videos, he said he and Noel Miller, the other frontman of TMG, want the song to become the next instructional dance song of the generation, much like the “Cha Cha Slide” or the “Electric Slide.”

3. “You Need to Calm Down” by Taylor Swift

Release Date: 6/14/19
Yes, Taylor Swift is also on this list twice. What can I say; she knows what she’s doing. Much like “Lover,” “You Need to Calm Down” is very vibrant. It has queer guest stars Todrick Hall and the Fab 5 from Queer Eye, which is relevent because one of the lines from the song is, “shade never made anybody less gay” and the video has other references to different aspects of LGBTQ+ organizations and pride. Overall, a very important music video.

2. “WATCH WHAT HAPPENS NEXT” by Waterparks

Release Date: 8/12/19
And yes, Waterparks is also on here twice. The song is infectious and catchy, exploring the highs and lows of fame and handling fans. “WATCH WHAT HAPPENS NEXT” was the second single from FANDOM, following mixed reviews from their first single “Turbulent.”

Release Date: 2/21/19
Imagine Lisa Frank threw up. That’s what the music video for “Tia Tamera” looks like, and a more perfect representation of the song couldn’t have happened. Also, the song is straight up about boobs, which is on brand for hip-hop/trap artist Doja Cat. It has a sick beat and makes me feel like that b*tch. It’s an amazing song and fantastic music video.

Emma Knight is a junior mass communications student at Elizabethtown College. She is the News editor for the Etownian, a student writer for the Office of Marketing and Communications, a writing tutor in the Learning Zone, and works for the Department of Communications as a student lab assistant

Emma Knight is a junior mass communications student at Elizabethtown College. She is the News editor for the Etownian, a student writer for the Office of Marketing and Communications, a writing tutor in the Learning Zone, and works for the Department of Communications as a student lab assistant