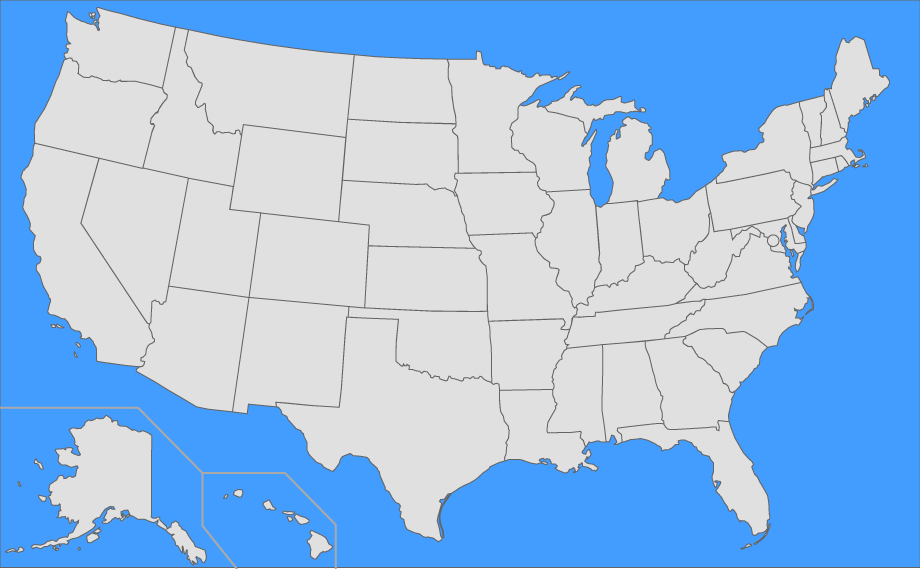 Population: 10,497,741
Some nice beaches also the first flight that’s pretty cool. 14th in both economy rank and crime rank! That could be way worse! Especially because they gifted the world with flight, that makes up for their lack of single digits in the rankings.

Population: 1,416,589
Surfing! But also too far from civilization. Number one in healthcare! Impressive!! Number 5 in crime rank but most importantly, number one in sharks and surfing which is why it is 17th on this list. One too many shark attacks for me thank you very much. The population is only 1,416,589 which is small considering how many people think it is an island paradise!

Population: 21,646,155
Good place to retire but too many gators. Ranked 3rd in education and 9th in economy! But it is 31 in crime rank and I think that is because of the “Florida Man” effect. Also gators with guns.

Population:  5,147,111
Charleston is a p cool city I guess. Also my grandparents live here. But that doesn’t matter because South Carolina is number 16 in economy, likely due to the super low gas prices.

Population: 6,062,917
C.R.A.B.S. love them also Old Bay slaps. Healthcare rank is 8th and education rank is 13th. Could be worse! It’s 22nd in crime rate but let’s be real- that’s mostly concentrated in Baltimore. Side note- these bros are wayyyyy too obsessed with their flag.

Population: 1,363,852
Mountainy and pretty but too much snow. Lots of snow days! It is the 5th ranked state in education and the number one state with crime rank.

Population: 572,381
Great place to live because boi is EMPTY and you never have to talk to anyone. Wyoming is 42nd in both healthcare and economy… that’s kinda bad but it’s okay because there are no people to keep healthy or give money to so that must be it. The population is 572,381 but there are some towns where the population is 1 and that’s dope.

Population: 6,939,373
They hung witches but it’s okay we forgive them it was the Puritans. Massachusetts is the highest ranked in education, second highest in healthcare, 4th highest in crime rank, and 7th economy ranked! Big wow! Much excite! Go Mass! Also the population is 6,939,373 which is larger than it was when everyone was being hung and/or burned at the stake for being a witch! We stan improvement!

Population: 627,180
Snowy boi. Ranked 8th for education and 2nd for crime rate. The population of Vermont is only 627,180! If you had 5.14 times the amount of people, you would have the population of Utah.

Population:  19,941,339
Birthplace of 50 Cent. Only ranked 10th in crime rate which I find extremely hard to believe. It must be per capita or something because that city is SCARY alone at night. 13th in healthcare and #1 in minimum wage though! Unfortunately it is also #1 in Rudy Giulianis though so that brings the rating down a bit.

Population: 1,342,097
Lobstas. Number 3 in crime rate and number 19 in healthcare, Maine doesn’t need to spend money on healthcare because nobody gets injured from crime! That’s how that works, right? I’m sure the only medical attention people need is when lobstas cut off a finger or two so Maine is probably LIVIN.

Population: 7,666,343
A river called The Puget Sound. It is also the 4th ranked state in both healthcare and education and 3rd in economy.

Population: 5,770,545
Certain substances are legal here that are not legal everywhere. Number one in economy! Sounds about right! I wonder if that is related to the first thing… anyway the population of Colorado is 5,770,545.

Population: 975,033
No sales tax. Also home to Aubrey Plaza (Parks and Recreation) and Ryan Phillippe. And Joe Biden but we don’t need to talk about that. Healthcare rank is 15 and economy is 17. Crime is 36th though but that’s okay, we don’t judge them for that, we still stan the good ole 302. That’s right- the whole state has one area code. Whatcha gonna do about it?? The population of Delaware is 975,033 people. Just enough to fill the city and some beaches! There is still room for you though since I’m sure you’ll want to move here after reading this list. The population of chickens in Delaware is about double the population of people so there’s a fun fact for you.