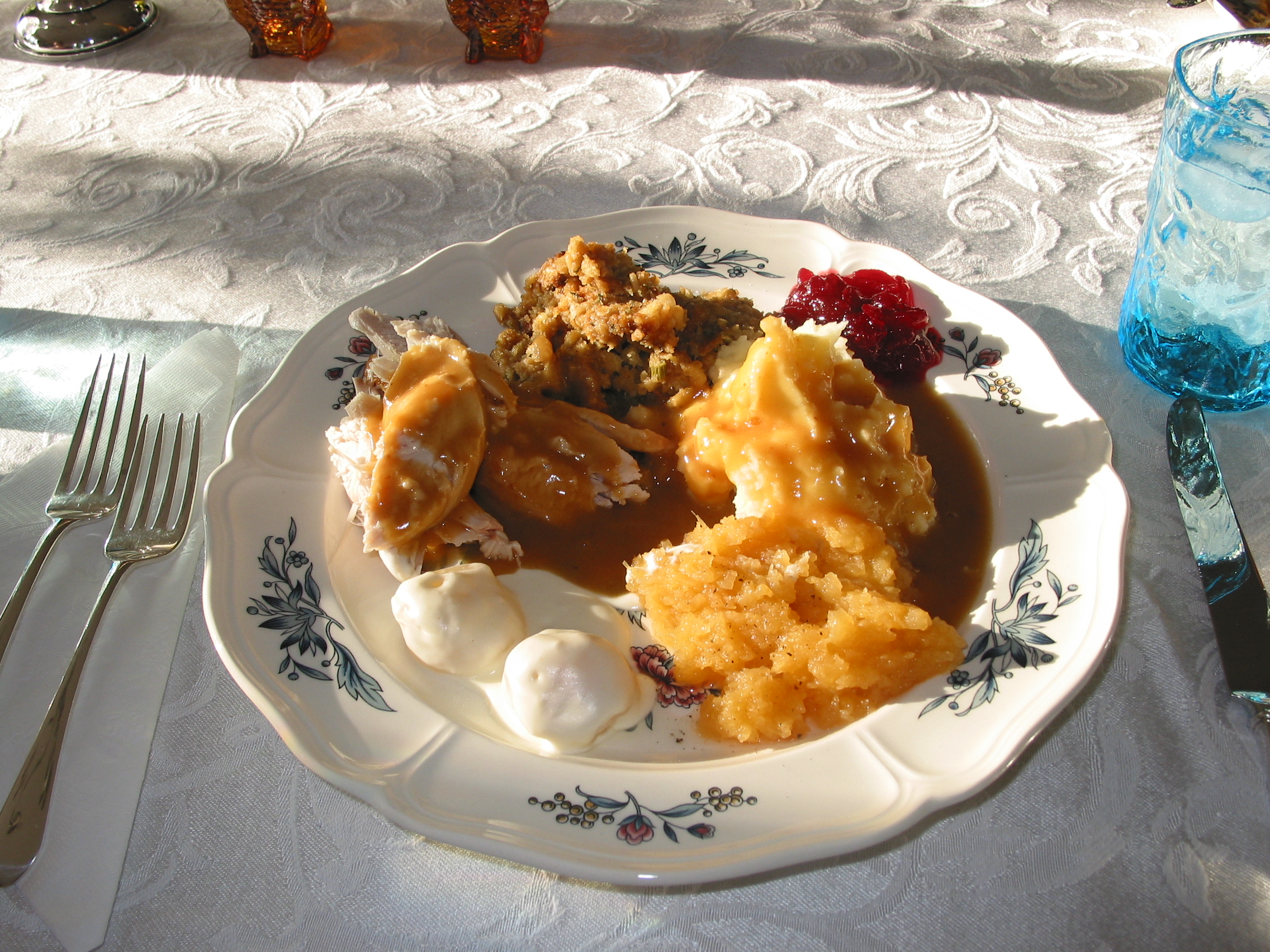 Ah, Thanksgiving. The holiday where you gather together with friends and family to give thanks, watch some football, and eat incredible amounts of food. But this year, you are hosting the dinner, and your disapproving in-laws are coming to town. This dinner is your shot to impress them, and this is the definitive guide for your holiday preparations.

Proper apple pie — golden brown, flaky, latticed crust, and sweet-but-tart filling of tender apples — is a dish that requires time and skill to do well, which makes it perfectly suited to impress your in-laws. This should be obvious, but don’t take the route of a store-bought frozen apple pie. At that point you deserve their disapproval.

Charcuterie, despite its apparent simplicity of “meats and cheeses on a cutting board,” might have a chance of impressing your in-laws. Choose correctly, and you’ll seem very cultured. Serving it as an appetizer has the added benefit of distracting them from whatever disaster you’re barely managing in the kitchen.

Let’s face it: turkey is awful, but you’re expected to serve it nonetheless. If you get it right — that is to say, if you remember seasonings and glazes exist and manage to avoid burning or undercooking the meat — turkey has the potential to be impressive. But if you’re just going to salt and pepper it, you’ve lost already.

You get points for creativity when you add wild rice to the table on Thanksgiving day. It’s a little bit of a risk, but if you pull it off you might have a chance at impressing them with your balance of new ideas and healthy-mindedness.

It’s a bold move, to serve brussels sprouts. Like turkey, it can be difficult to make them taste good, but it only says positive things about you if you do. Your kids may wrinkle their nose at them, but you’re not trying to impress them.

Roasted vegetables are vegetables’ best selves. There are a lot of directions you can take this — asparagus, squash, onions, carrots, potatoes. Your challenge comes in making sure each of your chosen vegetables are tossed with the right seasonings, and to make sure none end up burnt or undercooked. Keep track of each vegetable’s timer and you’ll hopefully be fine.

Why place gravy so high on the list? Because gravy impacts so many other foods on this list. It’s going to go on the turkey, the mashed potatoes, the stuffing, and maybe more dishes, depending on how adventurous your guests are feeling. If your gravy is bad, it can bring the other dishes down with it. If it’s good, it can help elevate your poorly-executed dishes.

Mashed potatoes gets a middle-of-the-pack rating because they’re a middle-of-the-pack dish to serve. They’re the background to the rest of the meal. It’s unlikely your in-laws will hate them, but they’re also not going to be impressed by them. (Yes, even if you add three cheeses and some herbs.)

Kraft Mac & cheese is definitely one of the worst things to happen to the Thanksgiving table, and if you’re considering it, stop. That’s something you make when there’s nothing else in the house to feed the kids because you forgot to go to the grocery store yesterday, not something to serve at Thanksgiving. You need to dress it up — try using smoked gouda, maybe add some pumpkin, perhaps.

Steamed broccoli, sprinkled with cheese may seem like a safe bet, and that’s almost exactly the problem with it. They’re pretty similar to mashed potatoes that way, but with a higher risk and a lower pay-off. If you do it perfectly, it’s only going to be fine, and isn’t all that impressive, but if you do it wrong, you’re left with a soggy, disappointing mess.

Stuffing is a staple of Thanksgiving, that’s true, but there isn’t much you can do with it to make it impressive. Really, the best you can aim for here is avoiding the store-bought instant stuff, and make it on your own, but there’s limited success to have here.

Cranberry sauce is unpleasant in any situation, but if you can make it from scratch you’re at least showing that you know how to use a grinder, which should count for something. Probably.

Unlike a charcuterie board, your plastic tray of cold, unadorned vegetables will just seem a little sad. You’ll need to mix up a couple of different dips for the vegetables to avoid your in-law’s active disapproval, but the vegetable platter probably won’t win their approval, either.

Fruit salad. The dish everyone thinks they’ll enjoy, until they’re actually confronted by it. To make matters worse, people insist on throwing in all of the worst fruits into the mix, like honeydew or cantaloupe. Do everyone a favor and leave it off the table, or at the very least, leave out the melons.

If there’s anything worse than fruit salad, it’s definitely plain salad. Sure, you can throw in some pomegranate and sesame seeds and drizzle a nice vinaigrette on it, but it’s still going to be a pile of leaves. You should probably still have a bowl on the table, but if your in-laws only compliment the salad, you have completely failed the test.

Listen, having good bread is essential for any meal, not just Thanksgiving. But you can’t seriously expect the overly-soft texture and bland taste of these rolls to be acceptable, can you? This isn’t a neighborhood potluck you forgot about and had to pretend you didn’t just grab the cheapest bread in the store five minutes ago — this is Thanksgiving! So act like it! Get some bread with some texture, a nice crisp crust and tender crumb.

You can spend lots of time on a green bean casserole, get the best ingredients, and you’ll never make it taste good. Here, the best route is to simply not include it. Your in-laws probably won’t even notice it missing from the table.