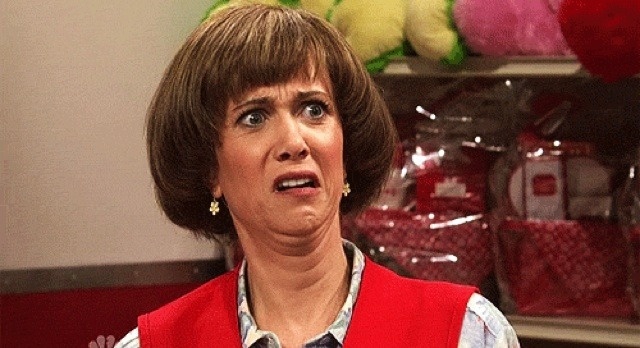 Essentially, this is a unicorn whale. The Narwhal’s horn is actually not a horn, but a tooth. They use this tooth to sense what is going on around them.
Why is it unsettling: Massive honing tooth

Duck? Beaver? Platypus. This creature just looks funky and while its a mammal, it lays eggs. The platypus is just a walking contradiction. However, they don’t really do much. Phineas and Ferb nailed it on the head, “He’s a platypus, they don’t do much”.
Why is it unsettling: Lays eggs?? Mammal? Duck beaver???

The Gobi Jerboa is a very small rodent. It also has ears that are almost as big as its entire body. They eat plants and sometimes bugs.
Why is it unsettling: The ears = the body

This creature seems fine until you watch it walk away. These monkeys have rainbow butts with a hot pink tail. These colors represent fertility and females rears can swell when they are most fertile.
Why is it unsettling: Hot pink booty? But why?

While this creature is adorable as it flaps around the ocean with its massive ears, the juxtaposition with its hunting habits is unsettling. The cuteness disappears as this octopus envelops its prey whole. After it captures its prey, it creates a balloon of death to consume it. Scary.
Why is it unsettling: Cute killer

The mantis shrimp appears to have emerged from the 70s hippie movement, decked in rainbow colors. However, they are far from pacifists. Mantis shrimp can use their claws as clubs to punch through aquarium glass. Mantis shrimp can also see 12-16 colors. Humans can only see 3. That’s the most unsettling part about this creature, that they can see so much more than we could ever imagine seeing.
Why is it unsettling: What can it see that we cannot?

Another mash up creature is the Panda Ant. The panda ant is not actually an ant, but a wasp. This species is very rare because they only lay about 2000 eggs a year. Despite the innocent appearance, these wasps have an incredibly powerful sting.
Why is it unsettling: Name is a lie!

Is it a zebra? Is it a horse? Is it a giraffe? It’s none of the above and honestly looks like a kindergartener took all their favorite animals and cut and pasted them together into this weird looking horse creature. They’re actually closely related to the giraffe even though their leg markings may suggest close relations to zebras instead.
Why is it unsettling: Cut and paste project

These see-through beetles look like ghost lady bugs. They wreak havoc on gardens and could pose a serious ecological threat if there were more of them. However, now they just chew holes in things and create general inconvenience.
Why is it unsettling: Ghost beetle

Jello with eyes? No, it’s the blobfish. These fish were voted the “World’s Ugliest Animal” and they deserve it. They don’t move much, just exist in their ugly state. Scientists don’t actually know much about blobfish because they live so deep in the ocean.
Why is it unsettling: Straight Jello man

This fish has human looking teeth. As terrifying as these teeth are, it makes the fish less threatening. They are omnivorous but they lean majority vegetarian except for some small fish or crustaceans. However creepy they seem, they pose no real threat to humans.
Why is it unsettling: Human. Teeth.

Seemingly straight out of Star Wars, these creatures actually do exist. Their snout bears some resemblance to Star Wars’ Eopie. However they use their snout to filter dusty air in the summer and warm icy air in the winter.
Why is it unsettling: Star Wars-esque

Moles are blind. The star-nosed mole is the fastest eater in the world. This mole also has a weird tentacle face. They can also smell underwater.
Why is it unsettling: They compensate for lack of sight with unnerving talents

There are far uglier vultures out there but none as metal at the bearded vulture. This bird is not actually red. The only reason this bird appears to be red is because it’s covered in the blood of previous victims. To top it off, this bird is massive and also eats the bones of its victims.
Why is it unsettling: bone crushing, blood bathing giant!

Like the name may suggest, this creature looks like its been doing crack since it was invented. Aye Ayes are nocturnal, as one may guess since they look like gamers who have been locked in a basement for their entire lives. They’re foragers, meaning they eat bugs and such that they come upon.
Why is it unsettling: Crackhead lemurs

This crab can get up to 18 feet from claw to claw. This creature has a clawspan of 18 feet. Surprisingly, people have decided to capture it and eat it. It’s a Japanese delicacy, Japanese spider crab.
Why is it unsettling: IT IS SO BIG

Demon from hell or goblin shark? This creature comes from the depths and honestly, should stay there. These creatures date back to the time of dinosaurs, existing for about 125 million years. This fish is considered to be slow and lazy, contributing to it’s flabby appearance and overall unappealing exterior.
Why is it unsettling: Ugly dinosaur demon

Nope. Nope nope nope. No way. These spiders live up to 25 years and have the capacity to eat birds. They’ve also been seen eating rodents, frogs, toads and snakes.
Why is it unsettling: IT EATS BIRDS. AND SNAKES.

This microscopic organism is often referred to as water bears or moss piglets. They have four pairs of legs that either have claws or sucking disks. Their face is also just a mouth. It can survive under extreme circumstances, is immune to radiation and it’s all around weird looking. This is the hardest animal to kill.
Why is it unsettling: Unkillable sucking disks.

Rachel is a college student, working on this website for this weird professor and his weird class.

Rachel is a college student, working on this website for this weird professor and his weird class.