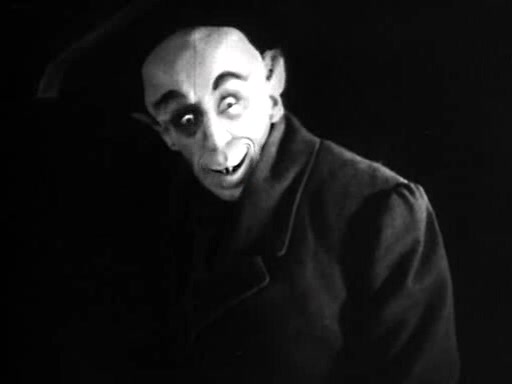 Much like the werewolf which the audience sees but the clueless young protagonists can’t, Halloween is just around the corner–and it’s all going to be over before you know it! The problem is, the scariest horror show of them all (2020, of course!) is robbing us of our most cherished October festivities. Trick-Or-Treating, bobbing for apples, and costume parties aren’t on the table–so, to see you through All Hallow’s Eve, here’s the dozen movies to keep you up at night till the 31st!

1. The Silence of the Lambs

Some–including the writer of the screenplay himself–balk at identifying this as a true horror movie, preferring to see it as a dark and disturbing thriller. In director Jonathan Demme’s Oscar-sweeping masterpiece, Jodie Foster and Anthony Hopkins respectively star as a steely young FBI trainee and the cannibalistic genius helping her catch an equally monstrous murderer. The acting is flawless, the writing and direction tersely efficient, and the onscreen violence comparatively restrained for a film which featured not one, but two of the most iconic psychopaths in horror history; Buffalo Bill and Dr. Hannibal Lecter.

Ah yes, the face-over-a-camcorder that launched a thousand found-footage films. We likely wouldn’t have Paranormal Activity or Cloverfield, if not for those three dumb film students who wandered into the Maryland woods to shoot a DIY documentary about a local legend. But those movies–with their big budgets and special effects–cannot compare to the simmering dread of the protagonists, the terror of things never actually seen onscreen, or the chilling final frames in this remarkably lo-fi affair. Considering it was made on virtually no money at all, went on to spawn a franchise, and was propelled by the early web’s conviction that this might be real, The Blair Witch Project is still the standard by which all indie horror must be measured.

3. As Above So Below

As another, more recent entry in the found-footage horror canon, As Above So Below owes an aforementioned debt to The Blair Witch Project. However, there is more than enough here for this (in my opinion) under-appreciated work to stand on its own merits. The clever script, already packed with references to religious history and occult iconography, preempts the pitfall of shaky and monotonous camerawork by switching up what kinds of devices the characters use to record their surroundings. The plot is as labyrinthine as the Parisian catacombs by which the characters descend into a surreal subterranean nightmare; I don’t recommend this film to the claustrophobic.

This debut directorial effort of Robert Eggers is a grim and gripping parable about evil’s pervasion of our world. Religious doctrine, shame culture, and the ways they can abuse the vulnerable are as prevalent here as the menacing and atonal score, or the precise period dialogue (much of it lifted from surviving texts of that time). Hailed by outlets from Hollywood Reporter to The Satanic Temple upon its release, this tale of a spiritually poisoned Puritan clan’s unravelling offers little in the way of traditional narrative beats. There is ambiguity surrounding the meaning of the final scenes especially, but there is consensus that this is a distinctly feminist film in a genre not always known for sensitive or honest treatment of women.

Gore Verbinski’s reworking of a panned Japanese B-movie is a smart, tense showcase for Naomi Watts’ forceful performance as a journalist and mother tracing a cursed VHS tape’s deadly trail. This film’s taut tone owes a lot to its breathtaking cinematography; the frequent sweeping shots of Pacific Northwestern landscapes are cast in dreary grays and greens, and the interior scenes are drenched in shadow. Many visual motifs crop up throughout, notably the constant presence of water–in the ocean, in the rain, in the inexplicable puddles around the disfigured victims of the tape’s malevolent spirit. Despite a few very dated visual effects and the obsolescence of the video cassette, The Ring can still make viewers’ hair stand on end today.

Based on Stephen King’s classic first novel, Brian DePalma’s movie version of Carrie–released in 1976–is firmly a product of its era. The visual effects, camerawork, and sound editing are crude by today’s standards, and the recurring violin screeches at climatic ‘scary’ moments are downright cheesy. However, just because Carrie is no longer frightening in 2020 is no reason to discount it entirely. There are some standout acting turns here; Sissy Spacek was especially fantastic in her first major role, bringing nuance and pathos to a leading part with far fewer spoken lines than most. A young John Travolta is well-cast as a particularly loathsome villain, and Piper Laurie is equally easy to hate as Carrie’s abusive religious fanatic of a mother.

Another adaptation of a popular King novel, Christine has perhaps not carved quite the same cultural cache as the legendary suspense author’s more enduring works (Pet Sematary, Cujo, IT, etc.). However, I feel that on a purely cinematic basis, the famed horror auteur John Carpenter crafted a film better than the various adaptations of those better-known names. As with Carrie, the dated look and sound of Christine prevents the tale of a murderous, sentient car from being truly scary; however, Carpenter’s direction injects nervous energy into every scene. It also helps that the script is well-written and the movie moves at a good pace–where Carrie, for instance, lags in the middle, Christine keeps rolling right along (probably over some innocent bystanders).

On paper, the original Halloween film seems like it shouldn’t work. After the prologue scene where a little boy murders his sister for no apparent reason, the rest of the movie has very little in terms of plot. So much of the movie seems to merely consist of long, lingering shots as the now-grown killer silently stalks his intended next victim around town. And yet, for some reason, it works here. Like the previous entry on this list, Halloween is a John Carpenter work; here, Carpenter seems mostly concerned with a slow, gradual build of unease and danger. The climatic extended chase and struggle through the last act is very effectively edited and executed, hurled forward by the famously ominous piano theme that has become as synonymous with this now decades-old franchise as Jamie Lee Curtis and the Will Shatner mask.

One of the most successful horror films of the past several years, A Quiet Place is an instant classic. Brilliantly led by the frantic charisma of leads Emily Blunt and John Krasinski (the latter of whom wrote and directed the film), the jump scares start early and keep on coming back around every few scenes. It’s an intense and nerve-wracking watch, the stress ratcheted up to near-unbearable levels in part because there is so little dialogue. The mysterious mutant predators who have wiped out human civilization hunt by sound alone, forcing the lead couple and their kids into a silent life on an armed-to-the-teeth farm. It’s an exceptionally well-made movie, with a sequel on the way at an uncertain future date; it seems this may potentially be the next big horror franchise.

Probably the most culturally significant horror film of the 21st century thus far. Jordan Peele’s twisted, bitterly humorous social satire is also just a very, very good movie; there’s a reason he got a Best Original Screenplay Oscar for it. The blood-curdling racial symbolism and grotesque body horror of Get Out immediately resonated with many Americans, with college lectures devoted to the movie’s analysis happening across America a mere three years after its release. The story of a young Black artist who goes to meet his white girlfriend’s parents for the first time quickly takes on a more insidious bent; without spoiling too much, there’s body snatching, lobotomies, and hypnotism galore. Jordan Peele’s horror and suspense output has been steady since this outstanding debut, cementing him as one of modern America’s defining filmmakers.

Wes Craven was already a well-known fright-master by the time he made this classic. The Nightmare On Elm Street franchise had brought him to the apex of the horror world, but he tried something different here. The end product was Scream–a campy and often hilarious slasher flick that was equal parts a meta spoof of, and an earnest addition to, that particular sub-genre of thriller. The idea is that the snarky ’90s teens in the cast of characters have seen all the scary movies out there, and thus know the rules for surviving the one unfolding around them. The time-honored and tiresome ‘final girl’ tropes are ultimately subverted, as the heroine eventually turns the tables and survives the film despite flouting some of the supposed ‘laws’ and doing things her own way.

Probably one of the most oft-referenced movies ever made, this is of course yet another Stephen King novel translated to the screen by a legendary director; in this case, it is Stanley Kubrick. The memorable visuals of a bloody elevator, a pair of eerily synchronous twins, or a boy on a tricycle careening through constantly shifting hallways…these are all elements of Kubrick’s brilliantly unnerving cinematography. The plot, which follows a writer who descends into madness while snowed into an empty hotel with his wife and son, is almost secondary at some points to the macabre spectacle. I must add, it’s interesting to note that King himself has never liked this interpretation of his book, going so far as to disown it and approve a more faithful televised adaptation.