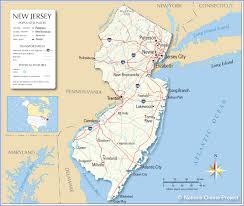 Do you know how many surprising musicians came out of New Jersey? A lot. Check out who made this list and let us know who you think missed out on being on the list.

Halsey went to my rival high school which pushed her to the bottom of the list. Halsey makes some good songs that get overplayed songs on the radio. No personal bias here.

Ashley Tisdale’s role in High School musical as Sharpay amazing, dare I say Fabulous 😉 Her work as the voice of Candace Flynn, on the hit Disney show Phineas and Ferb, also allowed for some great musical numbers such as Queen of Mars, and E.V.I.L. BOYS.

Queen Latifah is one of the first female rappers. Her song Black Hand Slide mentions New Jersey and how Jersey has your back. A proud Jersey girl, doing things to pave the way for other female rappers places her at 10th in the list.

I will Survive. Need I say more?

Make great music as a band and individuals. The Jonas Brothers are best known for their songs, Year 3000, and Burnin’ Up. They have a song from their most recent song called Jersey, which helps boost their rankings.  The Jonas Brothers also had appearances on Disney channel in hit films and tv shows such as, Camp Rock, Camp Rock 2: The Final Jam, and JONAS.

My Chemical Romance can trigger a whole generation with just one note which is a very impressive feat which places them at number 7 on the top 12 list.

Yes, you read that correctly, Meryl Streep. While known for being an actress, we have to give props to her ICONIC role in Mamma Mia and Mamma Mia 2: Here We Go Again. Slipping through my fingers, Dancing Queen, The Winner takes it all, Super Trooper iconic vocals all around.

A very popular group from the 60s with hits such as December 1963 (Oh What a Night), Sherry, and Walk like a Man.  The Four Seasons have a Broadway Musical about their origin and story called “Jersey Boys” and have also been inducted into the Rock and Roll Hall of Fame.

Whitney Houston is in the New Jersey Hall of Fame for her incredible albums and vocals. Whitney Houston provided the world with the iconic song, I Will Always Love You which has been covered many times.

Frank Sinatra is a popular Crooner, well known for his song Fly Me To the Moon. Sinatra is at number 3 because he did not know how to read music and was not classically trained. To be so talented with no training is pretty cool, props to Frank Sinatra.

Livin’ on a Prayer, Wanted Dead Or Alive, You Give Love A Bad Name, It’s My Life are all bangers. Bon Jovi also has an album called New Jersey. Love to see it. Only downfall that I will overlook is that he is a Patriots fan…

The Boss. No Further Questions.