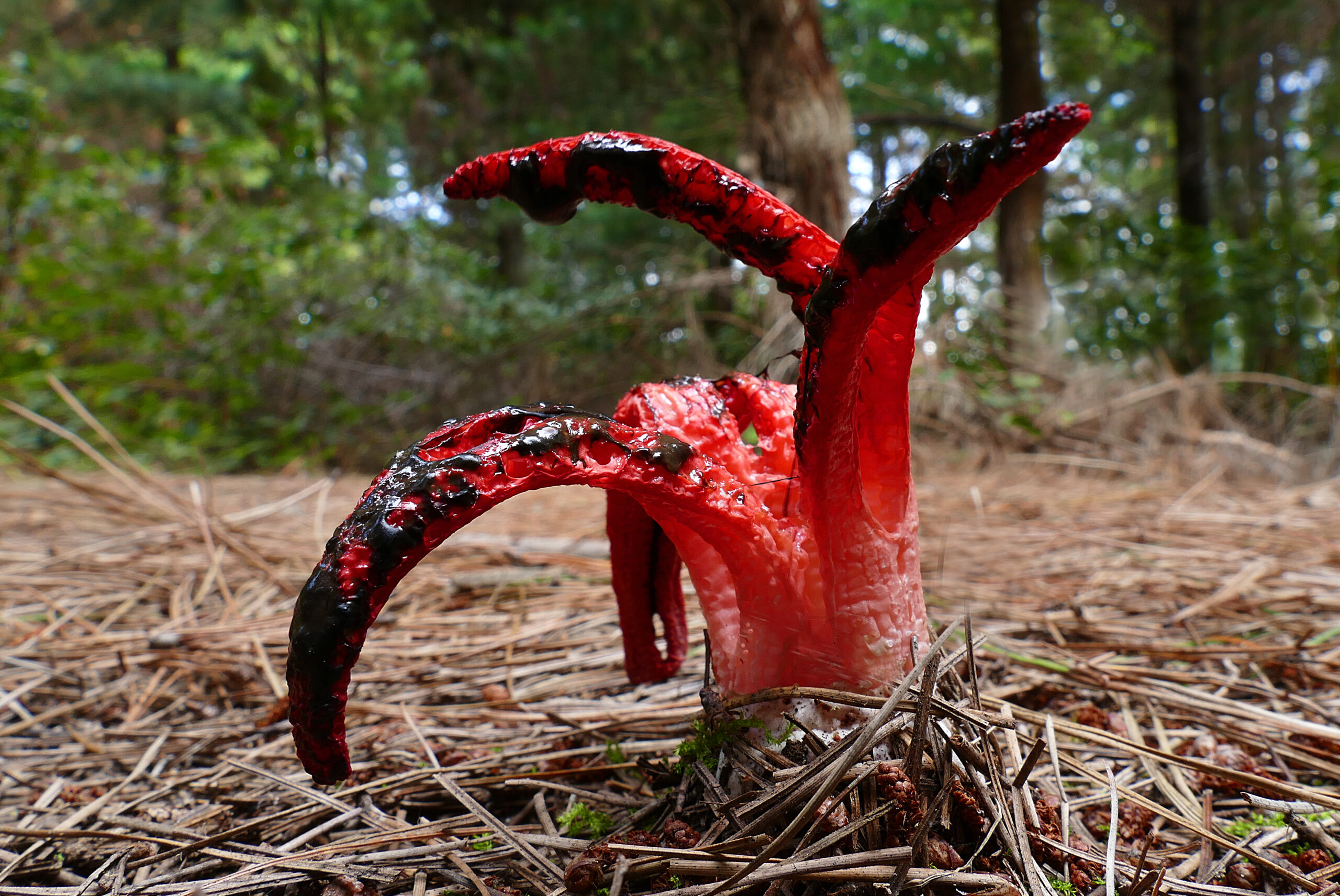 Hen of the Woods is a giant mushroom that comes is found in the fall near oak trees. They taste awesome and look even more awesome. They grow from one stalk, so when they are taken from the ground they look like a broccoli mushroom.

11. Chicken of the Woods

Here we have hen of the wood’s husband, chicken of the woods. They also taste great, but they grow out of trees, instead of around. They also have a brilliant orange color.

Finally, the last mushroom of the woods on the list, Old man of the Woods. They are also edible, but they have a very interesting look as well. They look almost evil, like an evil wizard or something, and for that they make top ten.

Oyster mushrooms are some of the tastiest mushrooms around. Great for a stir-fry or even with eggs. What’s amazing about these guys is that they can grow from almost anything that was once a plant. Farmers can grow them from woodchips, peanut shells, coffee grounds, and even paper. These mushrooms could help end world hunger.

Indigo milkcap have a super cool blue color. They also a milk like substance that comes out a brilliant indigo color. Thus the name.

Morels are some of the coolest and craziest mushrooms around. They almost look like some sort of inverted brain. They are also the most delicious and most expensive. The only reason they are not higher on the list is because of how rare they are and that they are normally only found during a short period out of the year.

Lion’s mane has a very unique look. It’s taste might be second or third compared to morels. Lion’s mane has a taste similar to lobster. It also is being studied for as a treatment for Alzheimer’s disease. The next mushroom has an even more interesting look.

This mushroom looks like a monster coming out of the ground from hell to drag you down. Its fiery red tentacles look like something out of the upside-down. Just an absolutely mad mushroom.

This mushroom is a seriously brave little shroom. It is the only gilled mushroom discovered so far to live underwater. Unfortunately, I could not find a picture that I could legally put here, but it seriously lives under water.

Finally, we have the classic toadstool. What can I say, I’m a sucker for the classics. A beautiful red color with random white thingies with an interesting texture; Amanita Mascaria is the coolest looking mushroom there ever was!

LATHAMJ2 is a student at Elizabethtown College.

LATHAMJ2 is a student at Elizabethtown College.